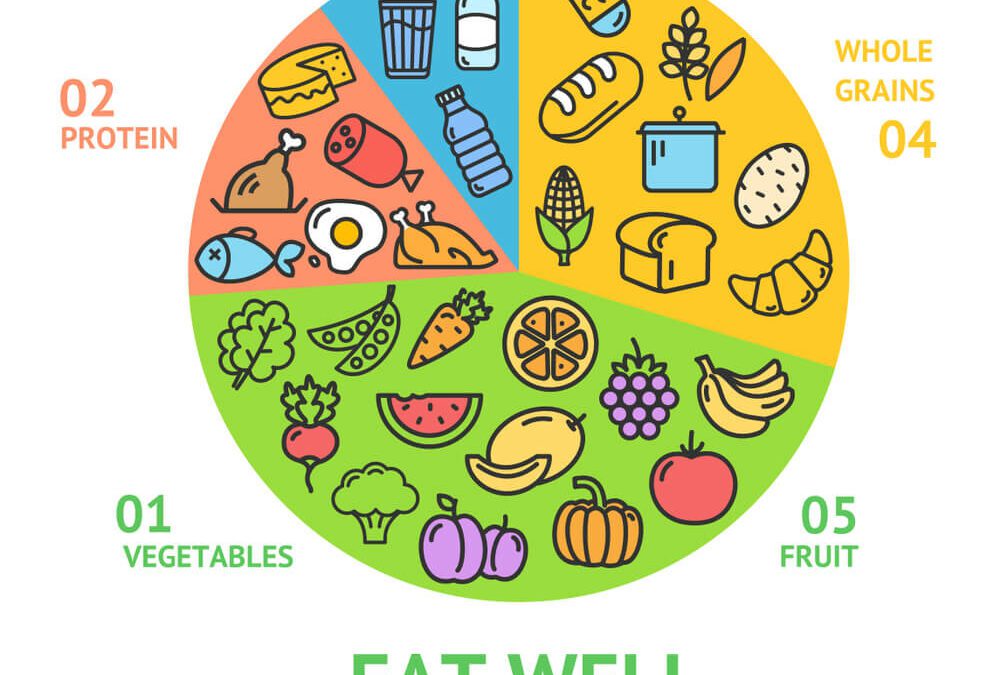 Eatwell Guide – What do I need to know?

As someone with an interest in nutrition, you may have seen the “new and improved” Eatwell Guide released on the 17th March from Public Health England. The original “Balance of Good Health” was created over 20 years ago, with further developments leading to the “Eatwell Plate” being published in 2007. So it was certainly time for the evidence to be reviewed, experts to be consulted and consumers to asked their opinions, in order to make sure this public health nutrition resource is up-to-date and effective. But what are the key changes and why have they been made?

The Eatwell Guide has incorporated the latest scientific research (most notably that on carbohydrates and fibre) to ensure advice and support provided to the public by nutrition advisors is current and accurate. The guide is by no means a stand-alone resource; the intention is that it is a starting tool for those with suitable knowledge and skills (such as those who have gained Future Fit’s nutrition diploma) to provide the general public with a more personalised and in-depth information applicable for individual’s circumstances and lifestyles as appropriate.

How does it differ from the Eatwell Plate and why?

In my opinion, the Eatwell guide is an improvement from the previous model. Promotion of fibre intake, hydration messages and reducing sugar intake are all positive steps toward a healthier nation. For those of us working in the field, many of the confusing issues have been removed or clarified (at last the cola can and sugary cereal have disappeared – hooray!).

At first glance, it does seem that the guide promotes a very high carbohydrate-low fat diet. Positive steps to promote unsaturated fats have been made, but I do feel that there is now a good evidence-base of a strong positive link between unsaturated fat intake and particularly heart and brain health that this message could have been made more powerfully. Although fat is calorie-dense and can contribute to weight gain/hamper weight loss, encouraging a nutritious diet to support optimum health, functioning and wellbeing should be just as valuable.

Further wellbeing messages such as getting more active and cutting back on sedentary activities could have been incorporated. Although a nod to this was made through the calorie message, was further expansion of this a missed opportunity to promote practical weight management tips?

Personally, I find the graphics and design of the guide a little dull and dated. However, Public Health England has explained that consumer testing showed drawings of foods were more appealing than photos to the target audience (whom as a Nutritionist is probably/hopefully not me!).

As always, a public health resource is never going to be perfect for all people in all situations. Hopefully, you will be able to use the tool as a starting point when working with your clients. Remember that the guide is live and should replace the previous version with immediate effect. We would love to hear your thoughts on the refreshed Eatwell guide and your experiences using the resource; please let us know.

You can view the new Eatwell Guide here