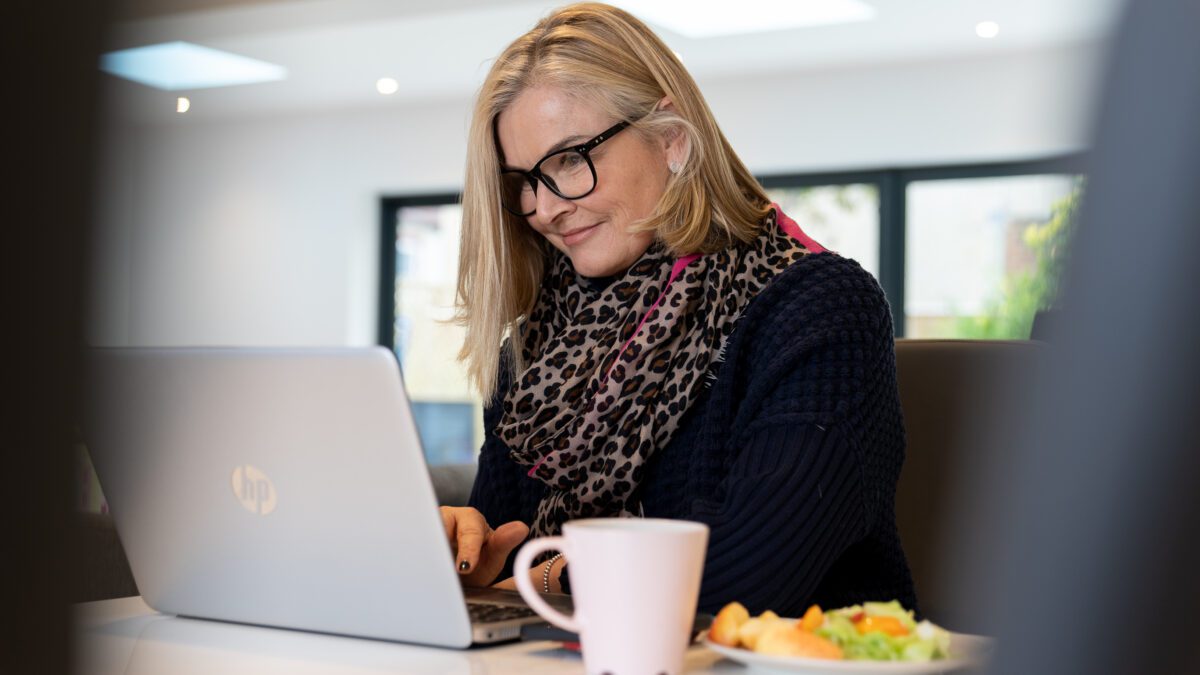 The 100 nutrition trends of the decade

The weight loss and weight management diet market size was valued at $192.2  back in 2019. And this is worldwide data. Also, plant-based diets became a common standard for everyone including top football and tennis players, as well as casual sports lovers.

When we look back over the last 10 years, which diet and nutrition trends have fallen in popularity and which newcomers have we come to love the most?

Using Google Trends and global search volumes data, we will share insights and reveal the diets and food types that are currently trending, and which have dropped off the most popular list.

Along with data, we will provide expert opinions on the dangers of crash diets and the benefits of healthy eating.

View Most Searched Dietary Trends of the decade

The concept of diets is an ever-evolving one because the food and environmental culture change, but which diet has been searched the most in the last 10 years?

We analyzed the average searches per month for 100 different types of diets over the past 10 years, in the hope of finding the most popular and the less popular diet on the Internet.

While well-known diets such as Mediterranean Diet, Paleo, WeightWatchers, and Vegetarian all make the list of most popular in the decade, there are a few surprises when it comes to the fastest-growing of all (and the fastest to decline too!).

1. Paleo Diet has taken human food back to basics

As the name suggests, Paleo comes from the Paleolithic, or caveman diet, and it mirrors the diet ancient cavemen used to eat when hunting. This diet was more popular online in 2021 than it was in 2011 by 65%.

Some companies have capitalized on the Paleo Diet, producing food that cut on sweeteners, refined sugar, and legumes. Advocates of the Paleo diet say that its nutritional benefits will make you lose weight, improve glucose tolerance and blood control.

Mediterranean diet is mostly suited for a slow pace of life typical of the Mediterranean countries, hence the name. That’s because it takes time to cook and prepare the ingredients, a practice that is also associated with conviviality and strong social bonds. This is why some argue that this cannot be called a “diet” because it has more to do with how physically active and mentally positive you are in your life, of which great food is part. Nonetheless, this type of lifestyle is still going strong today.

However, recent research from Harvard University shows that the Mediterranean diet “has consistently shown [the diet] is effective in reducing the risk of cardiovascular diseases and overall mortality. A study of nearly 26,000 women found that those who followed this type of diet had 25% less risk of developing cardiovascular disease over the course of 12 years.”

Combining vegetables, fish, legumes, and unsaturated fats such as olive oil, this diet help increase longevity and reduce the risks of earth diseases and strokes.

This diet is considered to be the opposite of the fast-food diet and many companies started to capitalize on it. Eataly is one of the biggest advocates of the slow-food movement with shops and restaurants being launched in all major capitals of the world.

3. Veganism has become a popular way for people to take political stances and reduce animal cruelty

Image is taken from healthline.com

Veganism became increasingly popular in 2011 and onward. The Economist declared 2019 “the year of veganism” and even McDonald’s launched its McVegan burgers.

Vegans have also a political and ethical goal of ending animal cruelty increased with modern farming practices. Everything that comes from animals, from their meat to their products, should not be allowed because it causes them unnecessary pain.

However, often, vegan diets are low in fat and protein and this means they have to increase the use of protein supplements that normally would come from a more carnivore diet.

4. Ketogenic Diet is now the most searched diet in the world

The ketogenic diet advocates for daily refined carbohydrates of only 20 to 50 grams—fat and protein are the mainstays of this way of eating.

A person who follows this high-fat diet is said to enter ketosis, a metabolic state in which energy is mostly obtained from fat. According to research, this has beneficial effects on the brain and body, including weight loss and increased mental performance.

While the research is very exciting, there is very little evidence showing this type of eating is actually effective for other than epilepsy. Also, very low carbohydrate diets are associated with a greater risk of adverse effects, such as constipation, headaches, bad breath, and other issues.

5. Whole30 has been taken less seriously and more seen as random advice

Born as a spin-off of the Paleo Diet, Whole30 gives you 30 days to find out what your body can and cannot eat, making Whole30 the go-to diet for rediscovering our true body. Rather than imposing a dietary model, they let you start eating (or stop eating) a selected choice of food in order for your body to get used without it for 30 days, and starting to reintroduce it and discover whether it was good for your health, or bad.

It’s now become clear that Whole30 is not popular among nutritionists.  Dr. L. Kats once said:

“The grouping [of banned foods] is both random, and rather bizarre from a nutrition perspective. If the idea is good nutrition, cutting out whole grains and legumes is at odds with a boatload of evidence.”

6. Intermittent fasting was inspired by religious fasting then became a popular diet thanks to its health benefits

Intermittent fasting first appeared in 1960, and since then, it’s transformed from being a medical interest to popularising the UK and Australia around 2012.

Of course, like everything in life, there are apps that can help you out. Some of the most famous ones are Zero, BodyFast, Simple, and Window.

Intermittent Fasting seems to be here to stay as it’s not another diet fad. From 2011 its interest online increased by 2,318.97%.

FODMap follows the same login as Whole30, it allows you to eliminate certain foods from your diet in order to reveal understand the causes of your troubles. Once you reintroduce these foods, you are able to identify those that gave you issues in the first instance.

FODMAPs have been linked to gastrointestinal problems such as gas, discomfort, stomach discomfort, diarrhea, and constipation in studies.

Because FODmaps are poorly absorbed in the small intestine, these molecules end up in the large intestine, where they act as a food source to the bacteria that live there.

The bacteria then ferment these FODmaps, causing symptoms such as abdominal bloating, excess wind (flatulence), abdominal pain, nausea, changes in bowel habits (diarrhoea, constipation, or a combination of both), and other gastro-intestinal symptoms.

8. WeightWatchers was the worldwide phenomenon of weight loss programs but has been declining in the last 10 years

The American Journal of Medicine revealed that “Participants in the WW condition significantly decreased their body mass index at 6 months (F = 36.7, P <.001) and were 8.0 and 8.8 times more likely to achieve a 5% and 10% reduction in weight, respectively, compared with those in the self-help condition. “

In other words, WW is helping people to reduce weight better than if they have done it by themselves.

But if science is so exciting, why the last 10 years’ search trend shows a dramatic decline in popularity of 82.40%?

The main cause is to be attributed to the company’s rebrand from WeightWatchers to WW. The intention behind this change should reflect its customers’ shifted attention to health and fitness, rather than just weight loss. Another reason is the rise of competitive weight loss apps that are taking market share away from WW.

Lastly, the body acceptance movement is winning these last few years and people are less ashamed of their bodies than a few years back. This means perception of the weight loss diet is seen by many as unhealthy and misogynistic.

9. Marketing magic has made the Atkins diet very popular until it was not

Atkins, known for reducing carbohydrates from your diet, became popular in the early 2000s as a lifestyle brand.

If you already consume a large number of eggs and bacon you might be on an Atkins diet, without even knowing it. In fact, the plan is to increase the amount of fat and proteins while reducing carbohydrates because this is the “key” to weight loss.

Recent research is not very enthusiastic:

The low-CHO diet, which historically was promoted by Dr Atkins in the United States half a century ago, is coming back on the quackery scene again.

10. Carnivore diet is controversial but still popular among meat lovers

Thanks to popular TV shows such as MasterChef, cooking meat on TV is not just a delicious practice but also very chic. Enthusiastic chefs, TV celebrities, and stunning-looking plates can turn cooking a steak into a work of art.

And outside the TV studios,  delivery companies such as Deliveroo and UberEat have made eating meat so easy that people are willing to spend up to 49% more than if you order the same meal at the restaurant and a whopping 91% more than if you shop and cook it yourself at home.

The authoritative dietician Kate Patton, however, warned against this type of meat-only diet:

“If you have a pre-existing chronic condition, like high blood pressure, high cholesterol, any history of stroke or other cardiovascular diseases, you should definitely not try this diet,”

Will this be enough to make people rethink their meat-eating habits? According to Google searches, the trend doesn’t seem to stop going into 2022.

A brief history of dieting

Hippocrates, a Greek physician who lived around 400 BC, felt that overweight individuals had poor sleep, aches and pains, flatulence, and constipation, and advised them to eat a strict diet, exercise more, and vomit.

Around 1066 A.D., the world’s first liquid diet appeared. William the Conquerer gained so much weight that he was unable to saddle his horse. He had to pretend he was kissing the earth in ecstasy when he tumbled off and landed head first. He stopped eating and embarked on a drinking man’s diet, where he just drank alcohol.

While attention to weight management and diets has been along for thousands of years, the first book on diets was written in 1558. Luigi Cornaro was a severely overweight Italian man who had an idea at the age of 40. He confined himself to 0.5 Kilos of food and 0.6 Kilos of alcohol each day because he was tired of being overweight, feeling out of control, and being unable to have sex.

“The Art of Living Long”, his book, encourages others to do the same. Cornaro lived to be over a hundred years old, and he only ate egg yolks at the end of his life.

“The Fruits, Herbs, and Vegetables of Italy,” by Giacomo Castelvetro, was published in 1614 and is still in print. Castelvetro chastised the English for their excessive consumption of meat and sweets while promoting the Italian manner of eating fresh vegetables.

His book served as a predecessor to the famous “Mediterranean Diet” of today.

Our data is based on a combination of Google monthly, global searches for each diet, using our own SEO tool, Semrush.com, and looking at the Google Trends data from January 2011 to December 2021.

To calculate the overall score, we have normalized all values in our Top 100 table to give them the right value from the average number. Here is the access to our Excel Spreadsheet if you want to have a closer look at our methodology: https://docs.google.com/spreadsheets/d/1W47y1DIIPaAy8EAaUnX2YiCoPTcYFTMZ/edit#gid=1917966207