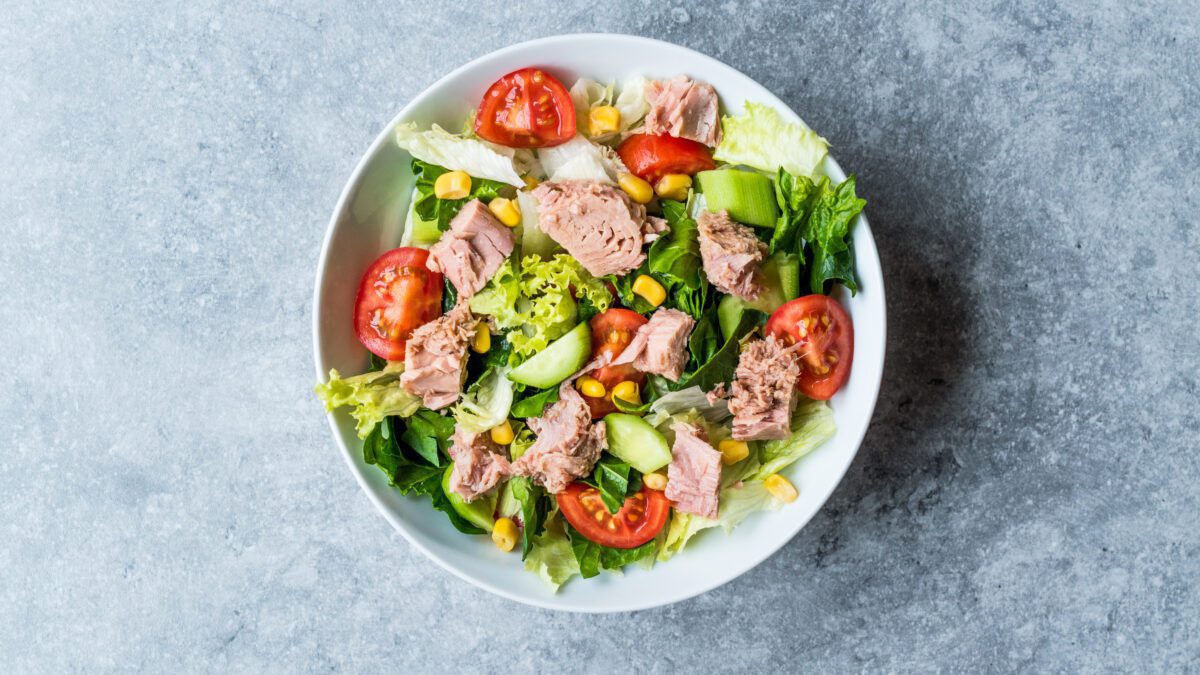 Tuna is an excellent source of lean protein and buying canned tuna is a cost-effective and convenient way to get our weekly portion of oily fish, or so we think. Is canned tuna as good as fresh tuna?

Let’s look at some stats:

Here are some highlights:

We have to hand it to fresh tuna for its higher levels of omega-3 fatty acids. The official recommendation is that we should eat two portions of fish a week, of which one portion should be oily. Oily fish is rich in omega-3 fatty acids which help to thin the blood, reduce inflammation and aid brain function.

Virtually every type of fresh, smoked or canned oily fish counts, except for canned tuna. This is because most fish is processed in the can from raw, whereas tuna is cooked prior to canning. This significantly reduces the levels of long-chain omega-3 fatty acids.

Nevertheless, canned tuna is still a healthy high protein food and has the advantage of being relatively inexpensive and convenient. So make sure to include both fresh and canned tuna as part of a healthy diet. Buy canned tuna in spring water rather than brine, though, to keep salt intake down. Also, tuna that is canned in oil is higher in fat and calories.

One word of caution though: if you are trying for a baby or are pregnant, you should have no more than four cans of tuna a week. This is because tuna contains high levels of mercury, which accumulate in the body and can affect the development of a baby in the womb. If you are breastfeeding, however, there is no limit on how much canned tuna you can eat.

Also, due to the higher levels of mercury in tuna, if you are eating canned tuna, it is best not to pick fresh tuna as your weekly portion of oily fish. Other fish high in omega-3 fatty acids you could try instead include salmon, mackerel and sardines.

If you would like to know more about the specific enzymes and science behind the “why” of dietary nutrition and advice, check out our Level 5 Nutrition course.