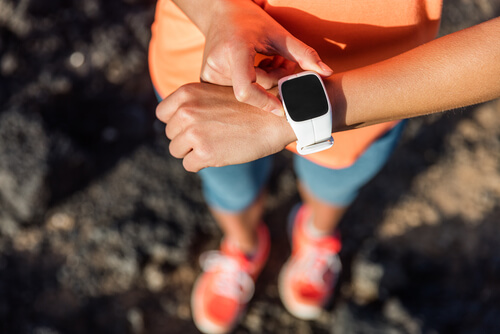 In the early years of the 21st century the heart rate monitor was the most popular fitness gadget.

People would wear them on treadmills, whilst out running, and even in the weights room. They used it to get into the “fat-burning zone” – something that was deeply misunderstood at the time.

Personal trainers have always been split into three groups, the first group loves technology and embraces all of it. They own their own body fat measuring scale, follow their step count, they had a fitbit before it was cool, and they probably know the VO2 max of every client that they’ve ever had.

On the other end of the scale are the “spit and sawdust” trainers. Who work out of a bodybuilding gym that was first opened in 1955 and hasn’t been cleaned since. Heart rate monitors? You don’t need that, all you need is a squat rack, a belt, and a positive attitude.

The third camp represents the majority of trainers, people who don’t need technology to get their clients great results, but can see the potential benefits of using them. As always, the fence-sitters usually have the best perspective on the subject.

In this article we will examine the benefits of using wearable technology, and then discuss the potential drawbacks, hopefully this will help you make up your own mind whether a fitbit, or step counting app is worth you (or your client’s) money.

The Benefits Of Wearable Technology

A lot of wearable technology was created to help runners, and as such a lot of the benefits are exclusive to that. You can get wrist watches that measure cadence, meaning that you can improve your running speed by using it to count steps per minute. This will improve your technique and help prevent injury.

Of all the fitness technology that has come out in recent times, the fitbit is hands down the most well-known and popular. The fitbit can help track your sleep quality, measure step count (whilst also differentiating between walking and climbing stairs), and track most forms of exercise.

For most people (particularly the more sedentary among us) the step counter is the most useful function. Studies have shown that hitting 10,000 steps per day is one of the most effective goals to set overweight adults [1]. Another study found that using a step counter (for this study they used a smartphone app) could actually change a person’s behaviour, meaning that the simple act of counting steps could lead to a person increasing them [2].

Using technology to help increase your NEAT levels (Non Exercise Activity Thermogenesis) is one of the best ways to increase your metabolism and thereafter lose weight [3]. The added edge of competition that fitbits allow (you can compare steps walked per week in groups) will also help motivate your clients to walk more.

To be clear, there are no real drawbacks to owning fitness technology. They don’t cause cancer or lead to increased injury risk for example. The only issue is that they may not be used properly. One downside to step-counters is that some people just use them for analysis but don’t actually adapt their lives because of them.

If your client loves measuring their steps, but their step count hasn’t increased as a result of it, then they are wasting their money. Some people use data collection as a distraction to prevent them from doing the actual work, because people equate valuable objects with progress.

Incidentally this is exactly why brand new gym goers buy expensive running shoes, expensive leggings, and then never turn up to the gym again after 2 weeks. They see the buying of the clothes and the gadgets as a progressive step towards getting in shape, but aren’t prepared to do the hard work.

The “spit and sawdust” personal trainers are wrong about technology having no use, but they are absolutely correct that the exercising itself is what’s important. Proper nutrition and exercise should be 95% of what you as a trainer, and your client should be counting on. Don’t ban mobile phones from your sessions because you think technology is evil, but equally don’t think that knowing someone’s heart rate alone is going to help them reach their goals.